At only 23 years old, Kevin De Guzman has managed to make him self known among the best sushi chefs at Sato! While shy and reserved, Kevin is 100% passionate about cooking and has the boundless creativity and flare of a young sushi chef; coming up with impressive dishes on the spot. If you're heading to Sato, reserve through Eat and request a seat at the sushi bar. Just tell him what you feel like having and he'll whip it right up. No need to decide for yourself. Chef Kevin began his career at 17 as a kitchen helper at a Japanese restaurant in the Philippines. When he turned 18 he started working in the kitchen and has now worked at two hotel restaurants already, not including Sato at the Gulf Hotel. When he moved to Bahrain, he met his now Masterchef Naotaka Tokohisa, who personally trained him to be the chef he is today.

Book your table at Sato 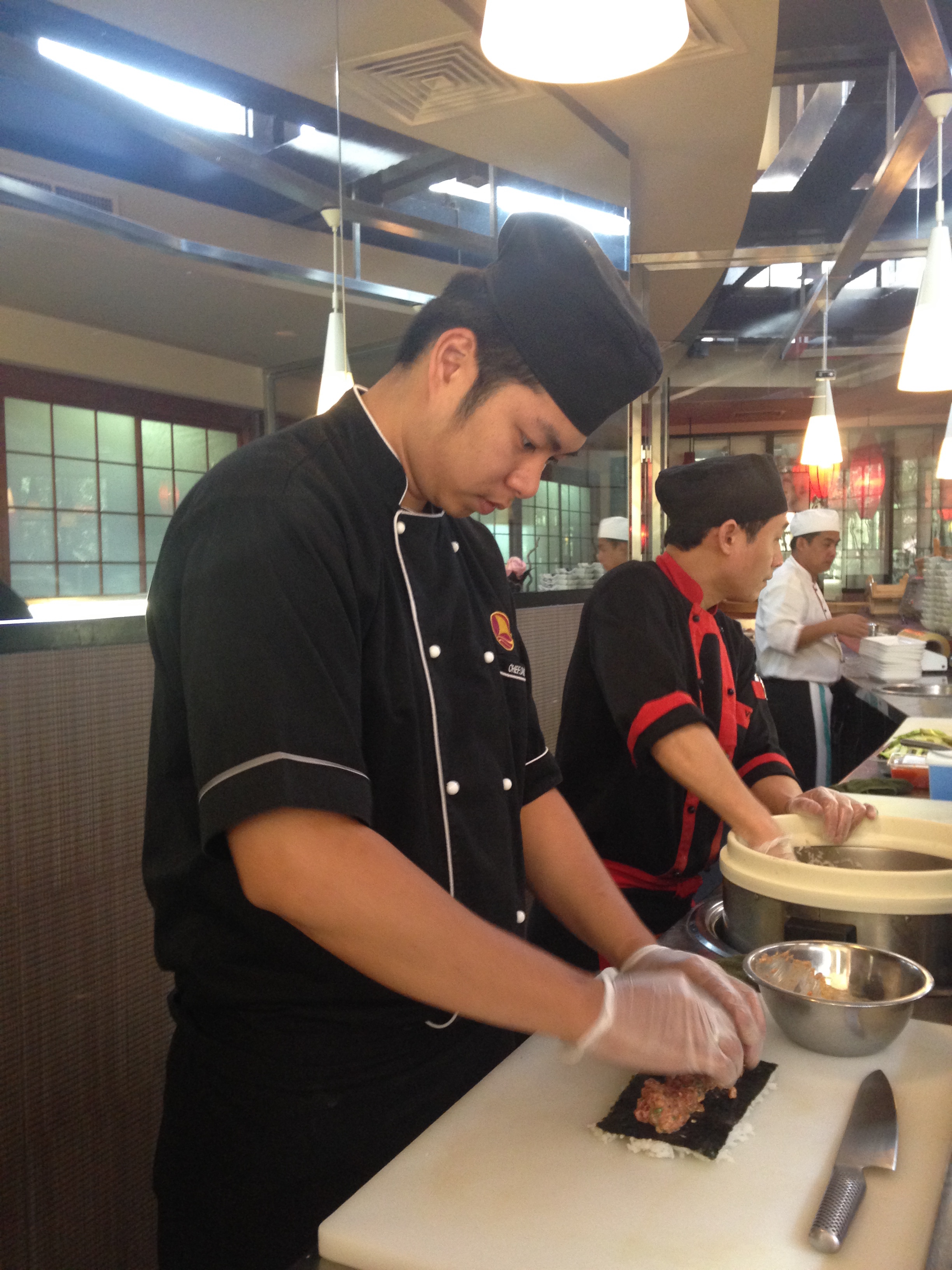 Our next question to Chef De Guzman is what his favorite ingredient is? He instantly answered Yuzu! Yuzu juice, Yuzu peel, everything yuzu, it's a citric fruit from Japan. He describes it "like magic", it turns food and sauces into different flavors and adds additional aromas. If you have a bad sauce, just add some yuzu he suggests...it's "like magic".

Next, we asked about his idol. Chef Morimoto; the Iron Chef! One of the greats in today's culinary world, Chef Morimoto has brought a modern twist, elevated traditional dishes and experimented with Western and Eastern flavors, to bring the Japanese cuisine to the 21st century.

To conclude, we asked Chef Kevin where he likes to dine. His favorite at the moment, Akiko! It seems to be quite popular among the chefs we've spoken to so far!
Book your table at Sato

Tip For our third dining tip, we thought we'd talk about time. Time is really valuable for a restaurant. If managed well, a restaurant is able to flip tables and sell them multiple

At Eat [www.eatapp.co] we noticed when working with the restaurants that face time was super valuable to our relationship with our core clients. These are the restaurant users that helped us