One of our resident foodies, Laila Yafi, recounts her recent visit to Sato in Bahrain, where she hits up the vegan sushi hard and fast! This place is a culinary treasure trove for Bahrain's vegans and vegetarians, and some of it sounds so good that meat eaters would probably order it too! Keep reading to see what went down.

Make a reservation at Sato


The sound of the drum announced our arrival, its deep booming voice sang of three. Entering Sato’s restaurant in Gulf Hotel always feels like a ritualistic affair. You are greeted by smiling waitresses in beautiful kimonos who float here and there escorting hungry patrons to their table. I had been looking forward to dinner all week long, not only because Sato’s is known for its mouthwatering Japanese cuisine and welcoming atmosphere, but also because it easily boasts some of the best vegan sushi I have ever had. Yes, you read that correctly, delicious vegan sushi. While some might find the idea of plant based makis and hand rolls an abomination to the name ‘sushi’, the works of art prepared by the hands of Sato’s sushi chefs, those knights of the knife standing behind their gallery of fresh seafood, should be considered ‘poetry of ocean’ meals.

I was introduced to the sushi chef tribe at Sato by a very close, and extremely talented friend of mine who was learning the skill of sushi making. She graciously invited me and promised that the Sous Chef, Kevin, would be more than willing to prepare a platter of vegan sushi just for me, regardless if it was not on the Sato menu or not. Reluctantly I agreed to visit this little Japan at the heart of Bahrain for my lunch break, and as I walked through dark Sato’s tunnel into the restaurant, and ducked my head down to clear the low ceiling, I prepared myself for the typical underwhelming vegetarian sushi that usually consisted of sliced cucumbers, or if I was really lucky, avocado. Any vegan knows that our pallets are not readily considered in Bahrain, so finding a high class restaurant that caters to our restricted partialities is always a welcomed treat. 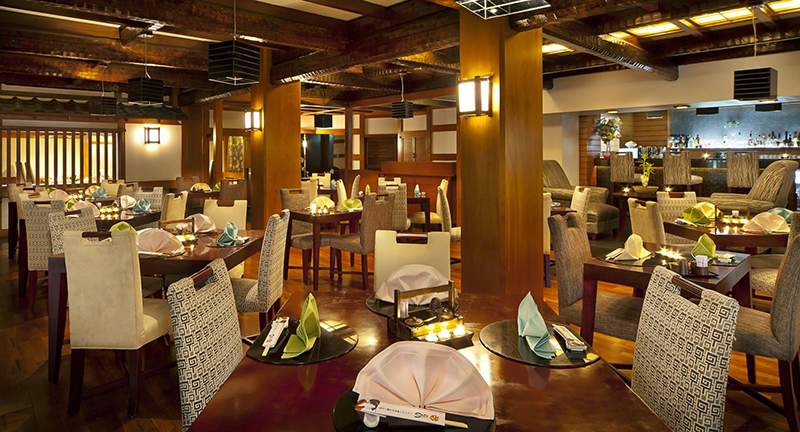 Led by a smiling woman adorned in yards of beautiful fabric, I entered the sushi bar at the back of the restaurant where apparently they were keeping all of the Zen. It was a quiet serene sun-washed room, classical Japanese music softly played in the background as four sushi chefs stood behind a glass partition exhibiting slices of fresh seafood, steadily transfixed on their work. This oasis of peace was noticeably different from the explosive energy of the teppanyaki grill rooms where chefs usually juggled knives and metal spatulas, and created volcano onions that spewed soy sauce lava to thrill and excite the hungry masses.

So I sat behind the barrier awaiting my promised prize as the chefs busied themselves and their hands delicately cradled fish, eel, seaweed and rice. But I did not wait for long. Suddenly from behind the partition, a plate carrying works of art floated down before me. And so, there in the serenity of the sushi bar, where tranquility is an added garnish to the experience, my love affair with vegan sushi began. It was hunger at first sight. 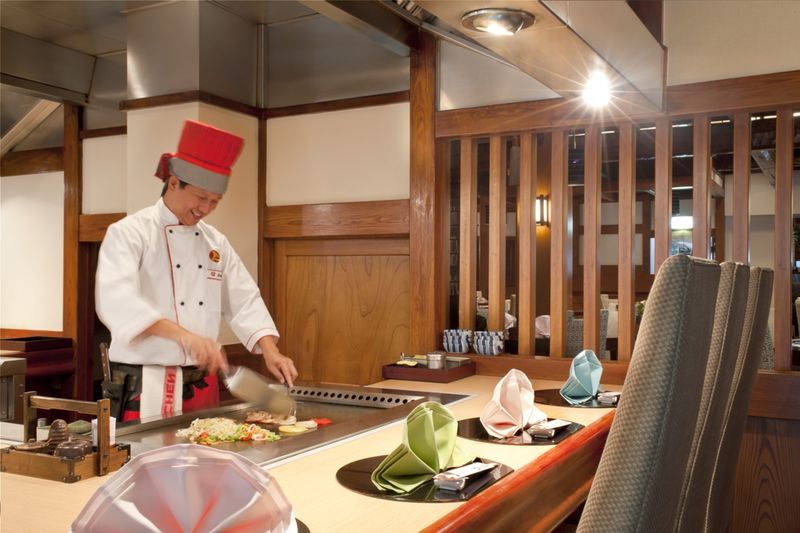 Chef Kevin had cleverly disguised and improvised using nothing but vegetables and fruit to simulate finely sliced fish so effectively that I had to ask several times in disbelief if these rolls were in fact vegan. He nodded and laughed and guaranteeing that everything on my plate was completely meatless. Somewhat assured, I gingerly picked up my chopsticks and chose the first roll and brought it to my skeptical lips. Nothing could prepare my taste buds for the waves that engulfed them in bold layers and folds of flavors. First, A hit of mango and daikon, followed by a flowering of gradual spiciness that bloomed with wasabi fire. With every bite and smiling chew, my newfound respect for the chef was reinforced.

I studied my next vegan delicacy with great admiration before placing it in my mouth. It was a cut of tofu atop a throne made of avocado, pickled sunshine yellow radish and rice, all regally crowned with freckles of sesame seeds. Next to it sat a mirage of Nigiri-sushi made from carrot that was brilliantly carved and shaped to resemble a slice of traditional Nigiri salmon. To my unexpected delight Chef Kevin presented another little plate to accompany the gallery of green I was still enjoying. This one held five balls of rice capped with brilliant green avocado slices that were shaped to the spherical bodies rice. It was simple, delicious and pleasing. 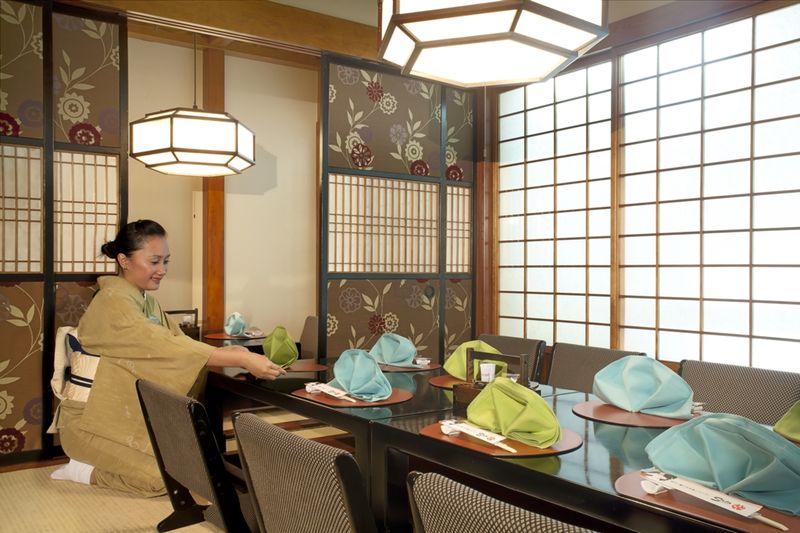 These chefs were truly alchemists of food, capable of transforming simple plant based ingredients and turned them into meals that could hinder any meat lover’s misgivings towards veganism. Each roll had been concocted by the minds of these wonderful chefs who not only courteously catered towards my unorthodox request for vegan style sushi, none of which was available on the menu, but went above and beyond my expectations.

It is believed that sushi has existed as early as the 2nd century and was originally a South East Asian practice meant for the preservation of fish and meat through the process of fermentation. It eventually made its way down to Japan around the 7th century, and became a source of inexpensive convenient form of fast food for the people of Japan and was named Edomae sushi (Edo is the old name for Tokyo). Sushi has continued its journey down the road of change, and during its evolution, it has gone from fermentation, to fast food, and finally to fine dining. Collecting, along its path, a kaleidoscope of foreign influences with each turn of the century. Inspirational morsel of the ages have come together on our plates as relics of relish and history immortalized on the menus of today.

Maybe the sushi ancestors would not be too pleased that their art form of meat and fish preservation had now been altered by vegetable enthusiast like myself , but true to form, it was an experience of refinement and grandness that exuded the passion and dedication that Sato has come to represent with every fine grain of rice.

Monsoon, one of Bahrain's iconic restaurants situated in the popular 338 area, has been pleasing palates for more than a decade. Alexander, eat's Head of User Acquisition, takes us through his latest culinary