Peninsula Farms is one of the largest commercial growers of high quality produce in Bahrain. Located just off the highway on the way to Durrat, and not far from the Tree of Life, Peninsula farms has one simple goal - supply Bahrain with fresh, local and delicious produce all year round - and at scale.

The farm is run by Grahame Dunling, Chief Operating Officer at Peninsula, who gave us a peek into the world of large scale hydroponic farming in Bahrain and the mix of ingenuity, technology and innovation that makes growing here possible. 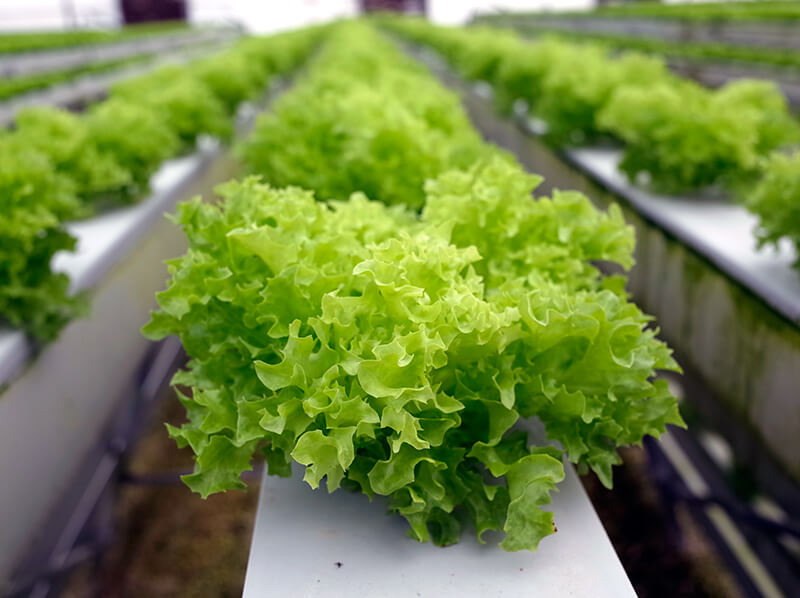 Nestled between some military bases at the southern end of Sakhir in Bahrain's desert south, Peninsula Farms is about as remote a location as you can get in Bahrain. The landscape around the farm looks like an improbable location for a commercial farm which makes its existence all the more impressive. 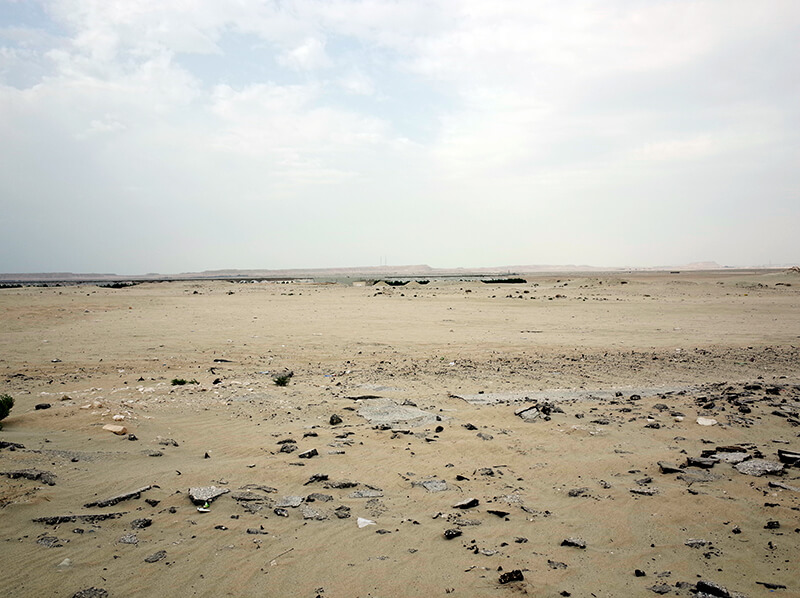 The farm sits on 300,000 sq/m of desert land and is currently home to nine greenhouses and 45,000 sq/m of growing area. In full swing Peninsula produces 1000 packs of lettuce and 2000 punnets of tomatoes everyday and delivers them fresh to Bahrain's supermarkets.

"Peninsula farms was set up to try and grow fresh food for the people of Bahrain. We're growing local food for local people." says Grahame when we first meet. "At the moment we're growing salads, lettuce, tomatoes, capsicum (peppers) and chilis but we also have a goat farm producing goat's milk and cheese, as well as sheep for meat. It's a struggle (given the harsh conditions) but we're overcoming a lot of the barriers and we're getting there now."

With temperatures soaring to 50c in the summer along with the cold desert nights, the farm has had to innovate in order to meet its target of producing consistently excellent and price competitive produce all year round. This has meant re-designing and re-thinking the way the greenhouses are run.

"We don't get any subsidies." says Grahame, "It's all privately funded. Every bit of money we make goes back into the business. After wages and expenses, everything else goes back to develop, to invent and to re-design. It's not just for profit it's to produce fresh locally grown produce." 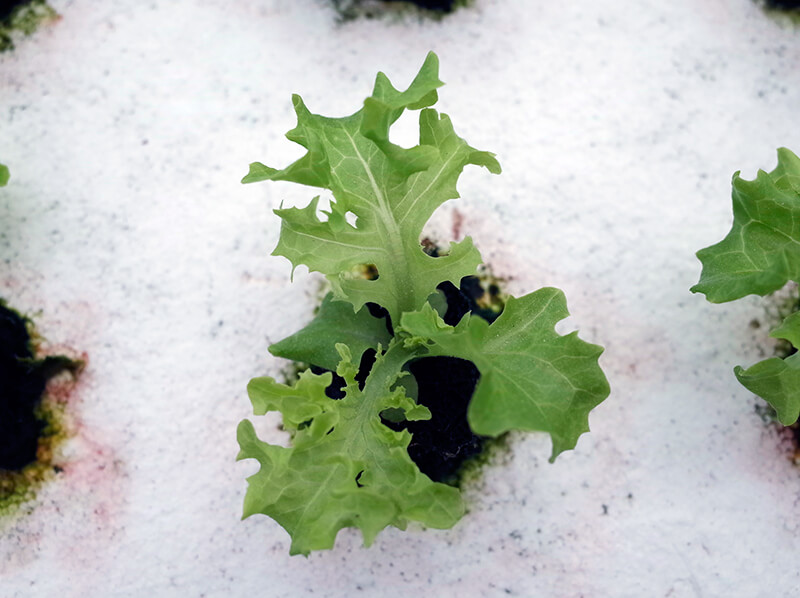 The majority of the greenhouses operate hydroponically, meaning the plants are grown in flowing, nutrient rich water rather than soil. The type of hydroponics used at Peninsula is a closely regulated, computerized process where water is recycled and re-injected nutrients as it moves though the system leading less water consumption but maintaining an environment for effective growing.

To beat the summer heat the farm has custom designed a closed loop cooling system and introduced new flat bed growing trays that have reduced the number of plants but vastly increased the yield. Through these changes, and coupled with an intense focus on hygiene inside the greenhouses, the farm is now achieving 98% crop yields throughout the year.

But the innovation doesn't stop there. "Every problem has a solution." notes Grahame, "You've just got to find it. Every solution you find also has a problem. You think of something new and it works great but it causes a problem somewhere else so you've just got to keep going." 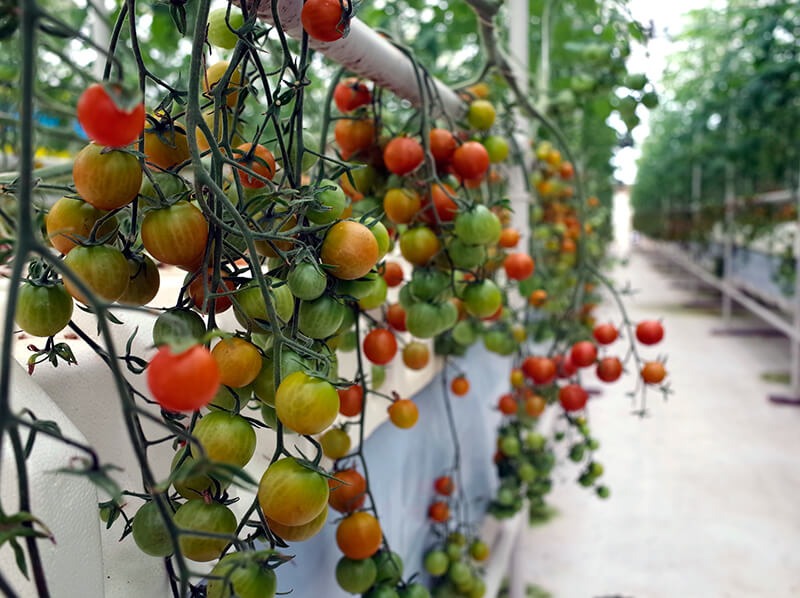 Tomatoes in the Aeroponic Greenhouse

To this end and a first in the GCC, Peninsula is trialling an alternate method to hydroponics for growing tomatoes. Called 'aeroponic', this type of growing involves no growing medium at all - soil, water etc. Instead the plants are grown in air and sprayed with an extremely fine nutrient mist from nozzles less than half the width of a human hair.

The benefits a numerous. Even with nutrient re-injection, hydroponic farming is still water intensive and the aeroponic system greatly reduces overall water consumption at the farm – aeropoinc systems can use up to 98% less water than traditional farming compared to around 80% for hydroponics. Because they are grown in air, increased oxygen around the plants means they grow faster with less nutrients, and are less susceptible to disease. They also taste amazing.

"The aeroponic greenhouse was difficult to do as nobody in the GCC has ever done one before," says Grahame. "It's completely new to all the GCC area and it needed to be re-designed to make it work here. It was difficult. It was trial and error. Maintaining a consistent temperature in all areas of the greenhouse was the challenging part. It has to be an even greenhouse as the plants won't grow if there are patches of warm and cold air."

The aeroponic system is just one of the ways the farm is becoming more sustainable. Sustainable food isn't as big an issue in Gulf as perhaps it should be. Much of the food we eat travels many thousands of miles get here and food sustainability is a conversation we're not really having yet. The lettuce grown in Europe has a huge carbon footprint compared to the lettuce grown here and as Grahame points out, "a lettuce loses 30% of its nutrients in 24 hours from harvest. You can be eating our lettuce within 24 hours. We're built to be more sustainable."

But the sustainability of the farm isn't just about food miles, it's about operating sustainably on a day-to-day basis. The climate in Bahrain means that growing here is certainly resource intensive and sustainable growing is as much about increasing efficiency as it is lowering food miles.

Take electricity for example. To maintain a stable temperature, the greenhouses are cooled with electricity sucking industrial fans. Reducing energy consumption at the farm requires plenty of out of the box thinking, and Grahame's plan is to engineer a turbine system that turns the wind energy from the fans back into electricity so the fans, at least partially, can power themselves.

"It starts from a simple sketch," he says "a simple thought. I've been in contact with a turbine company and they've never seen anything like it." It's an ambitious scheme but one he believes in and is financing personally. The eventual plan is to license the technology across the region.

All the technology and innovation taking place at Peninsula farm is ultimately about one thing - the food. Not content with ‘just producing lettuce’, the farm is dedicated to growing restaurant quality gourmet salads that have flavour, texture and visual appeal.

"For me there's nothing better than a top chef tasting my food and them saying "oh wow, I like this. How?" The answer according to Grahame is the way it's grown. "A good chef can create a photograph from ingredients, and my goal is to supply the salads that can produce those photographs."

With this in mind, the newest addition to the farm’s product line-up are micro-herbs – lemon basil, lemon thyme, watercress are just a few examples. As we taste them, Grahame explains the rationale behind the idea, "I don't want to produce a huge rosemary plant. I want to produce a small gourmet rosemary that packs a punch and you can eat the whole thing." When they are ready for sale in 2016 you won't be able to buy them in supermarkets as they are reserved for fine dining restaurants only.

This is exciting news for those of us who regularly eat out in Bahrain as when we try them they are both pungent and beautiful to look at. 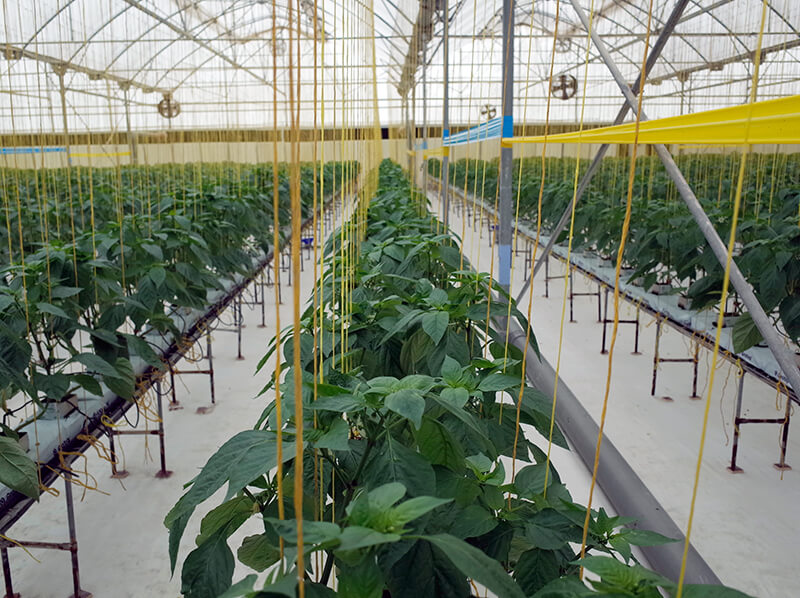 Instead of spraying, each green house is filled with hundreds of strips of pest attracting pheromone tape, blue for the males and yellow for females. The tape is a low impact way of controlling pests without chemicals inside the greenhouses.

The farm also keeps a colony of bees, which are central to the strategy of high yield and quality fruit. Used for pollination of the tomato plants, the small bee colony is a simple but highly efficient way of fertilizing the thousands of plants in each greenhouse and shows that even with all the technology, traditional farming methods are still very much alive at Peninsula.

So far Peninsula Farms has made great progress from where it was just a few years ago but Grahame has no plans to stop trying new things. The innovation and investment into a consistently high quality product has allowed the farm to pre-sell an increasing amount of their produce.

This looks set to continue into 2016, with the goal of pre-selling fresh ingredients directly restaurants. "If you're a gourmet restaurant you have a certain amount of produce you buy 3 or 4 times a week you want to know you've got that produce next week because that's your menu," says Grahame. "You need a consistent supply of good produce week to week. If a restaurant needs a kilo every other day we can supply a kilo every other day all year round."

On the consumer side there's no shortage of ideas for what's next at Peninsula. Product wise there are plans to increase the range, introducing chickens for eggs for instance, freshly squeezed tomato juice and creating a slow dried herb range by 2017. And then there is always online sales and direct vegetable box delivery to consumers - a service that many foodies in Bahrain have been calling for a while now. 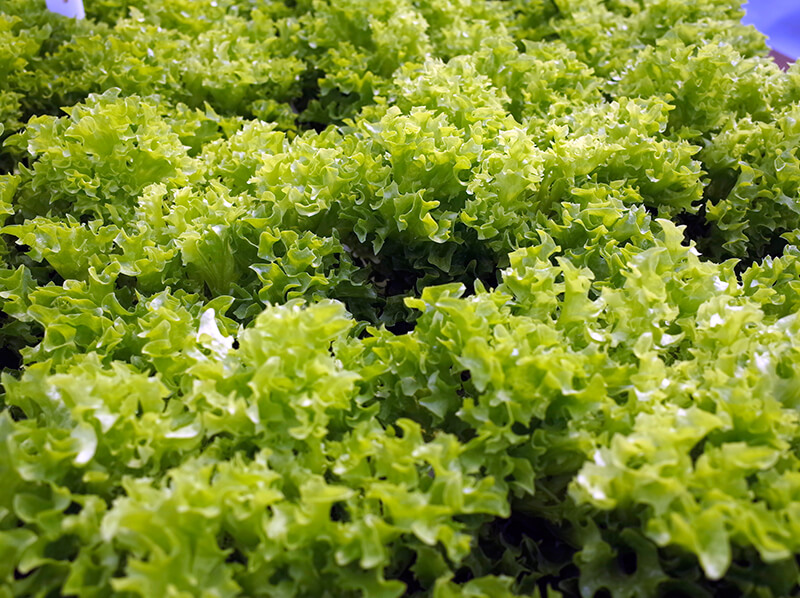 "I've got 20 business ideas," Grahame says, "I've got plenty of land so why not build a small walk-in farm shop and visitor center and encourage people to come see how crops are grown in Bahrain?"

"There's a 1001 ways you can take things. How do you implement them? I'll cross that bridge when I come to it. I've got plenty of ideas. I'm not just someone who sits here growing tomatoes. I'm two years ahead with what I want to do."

Prego, located at the Royal Golf Club, seems to be Riffa's go-to place for anything Italian. Serving up delicious Mediterranean cuisine everyday of the week from 11:30am to Midnight, if you live