Brunch is a Bahrain institution, but it's easy to get mess up if you choose the wrong place and it can easily turn into a let-down of long lines, watered-down beverages and substandard eggs. Ugh. But don’t despair, dear bruncher! The island has some top contenders for this fantastic meal time; we've highlighted some of our most recent favorites, and there's some real surprises in there. In short; read on, and own brunch! 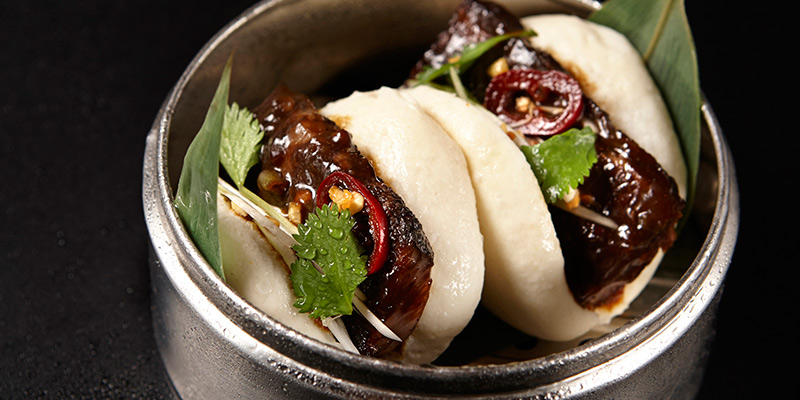 re Asian Cuisine
The highest brunch in Bahrain is also one of the most delicious in our book! This edgy 50th floor restaurant at the Four Seasons Bahrain Bay boasts panoramic city views through floor-to-ceiling windows and some of the best service on the island, not to mention an impressive amount of accolades for an eatery that only opened a short while ago, including Time Out's Restaurant of the Year for 2015. And we wouldn't expect anything less from the critically acclaimed celebrity chef and restaurateur Wolfgang Puck!

The dim sum brunch consists of a curated menu featuring a range of dim sums, dumplings and wontons, alongside a range of other gourmet options. Executive Chef Brian Becher has really put some culinary magic into the selection, which includes wok fried shrimp dumplings, Peking duck rolls, wild mushroom-filled vegetable dumplings, Korean-fried bao buns and short rib and brisket wontons. When you're done with the savoury, the feast continues with some of Pastry Chef Pierre Chambon's creative inventions, including a coconut cream, caramel-instilled chocolate fondant and Chinese donuts with mandarin jam among other sweet things. Re Asian Cuisine's Dim Sum Brunch takes place on Saturday from 12:30pm to 3:30pm and is priced at BHD 19++

Make a reservation at re Asian 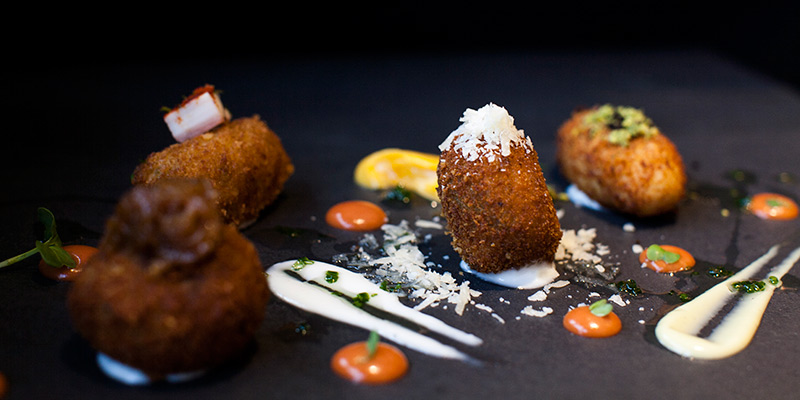 La Vinoteca Barcelona
We've spent many a Saturday whiling away the hours in La Vinoteca's shaded garden area while getting our weekly fill of unlimited gourmet Spanish delicacies. The weather is surprisingly still OK for outdoor eating, but if you feel otherwise then you can grab a table inside and enjoy the swanky interior of this place. They really do give you carte blanche here! You can order as much as you want from the Spanish-themed menu, which features all the usual favorites as well as four paella, a bunch of hot and cold tapas (did anyone say patatas bravas?), a range of Mediterranean themed salads and a live grill station serving up slow-roast brisket, lamb chops and some mean marinated beef fillet skewers. And if that isn't enough, you can also order more brunch appropriate items from the breakfast menu, consisting of poached eggs, viennoiserie, home-made breads, pancakes and healthy granola!

The staff at La Vinoteca Barcelona are impressively knowledgable on the length and breadth of the menu, so if you're feeling a bit lost then give them a holler and ask away. There's also some relaxing live Spanish acoustics and a magician to keep the little ones happy. La Vinoteca Barcelona's brunch is available on Saturdays from 1:00pm to 5:00pm and is priced at BD25++ (soft drinks only), BD32++ (house beverages) and BD12.5++ (children seven to 12). 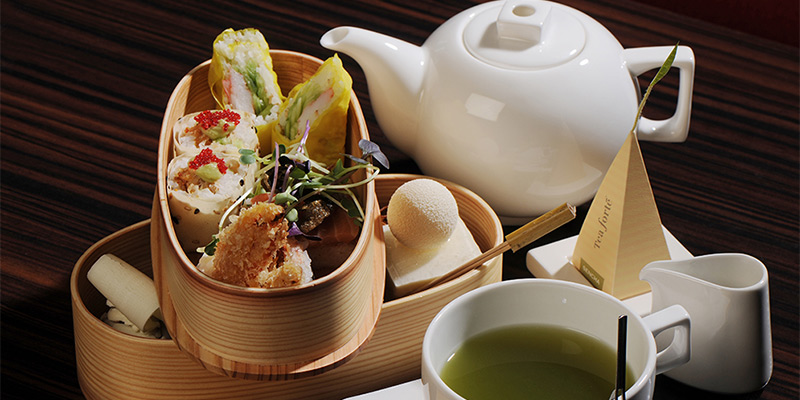 Meisei
The contemporary Asian fusion cuisine that has made Meisei a household name when it comes to fine-dining in Bahrain also offers up a serious foodie brunch experience. The à la carte experience showcases just how skilled the culinary team are at this place. Master Chef Micheal Kyu-Lee's brunch concept is a fusion of Japanese and South Korean cuisines combined with some Italian influences, making for a pretty unique and very delicious food offering.

The original menu is made up of salads, ceviche, kim-bap makis, seafoods, meats and some interesting desserts. Think this is sounding a bit basic? Get ready to be serious wrong! Dishes like roasted edamame with truffle oil, Peking foie gras dim sum and pulled ginger soy beef pizzas are just some of the delicacies you can sink your teeth into. The food is adventuresome and aims to push the gastronomy envelope in Bahrain, which it does extremely well. The Meisei brunch is available on Fridays from 12:00pm to 3:30pm and is priced at BD20 (soft drinks), BD35 (house beverages) and BD10 (children under the age of 12 years).

Make a reservation at Meisei 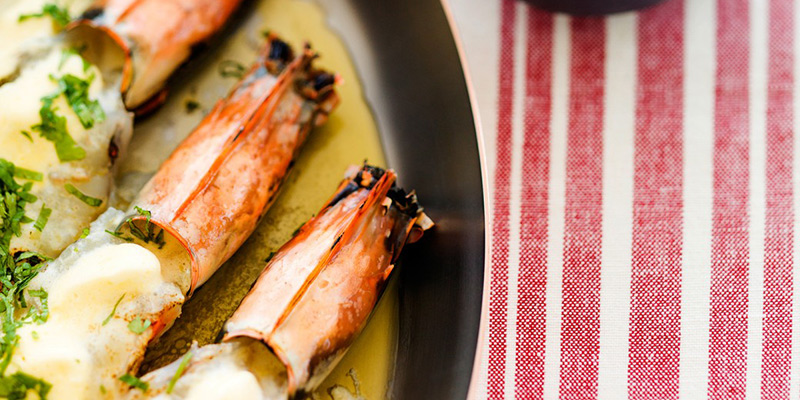 Le Sauvage & Le Domain 34
Tired of the usual noisy brunch scene? Then you're going to dig what The Domain Hotel has on offer on their 34th floor. It's another dual restaurant brunch, with Le Sauvage and Le Domain 34 teaming up to provide the best of both french and grill-room style cuisine. This 'brunch for grown-ups' combines a buffet set-up with an special a la carte menu, allowing you to dig in with the appetisers and enjoy the live cooking stations (lobster guspacio to pan-fried foie gras anyone?) while the kitchen prepares your main course to order. Not ready to go home at closing time? They have a special after brunch party their swanky Txoko bar on floor 36 with live music. Available on Friday from 12pm to 4pm and priced at BD19++ excluding beverages and BD27++ inclusive of unlimited beverages. 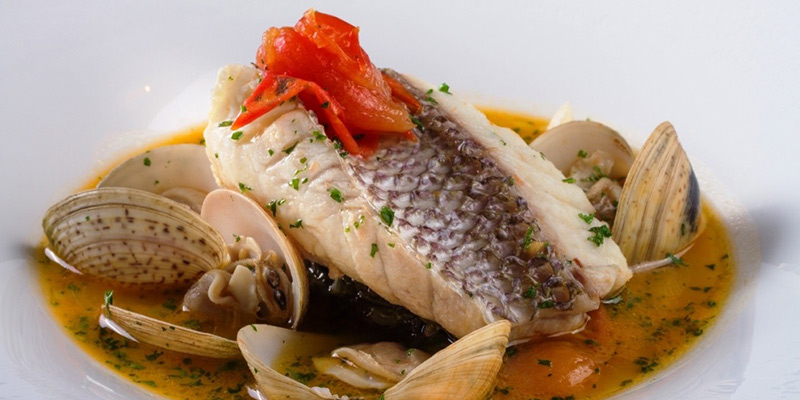 La Med at the Ritz Carlton
La Med's beautiful buffet-style brunch at the Ritz Carlton is definitely worth splashing out on. The interior decor is sophisticated and the seating graceful, while the view is a combination of lush greenery and sparkling water features.

The food spread is all 5 stars thanks to the emphasis on super fresh ingredients; salads, seafood, sushi, fresh pasta, carvery meats and much more is all included. Our favorite is the tasty rib-eye beef; marinated and cooked to perfection over 8 hours, the effect is melt-in-your-mouth heaven. There's plenty on offer for the sweet-inclined, including everything from tiny chocolates, macarons, cookies, ice creams and sorbets, to tarts, pies and cakes. The La Med Brunch takes place on Fridays from 12:30pm to 4:30pm and is priced at BD35++ (soft drinks), BD45++ (house beverages), BD20++ (children aged three to 13 years).

Make a reservation at La Med 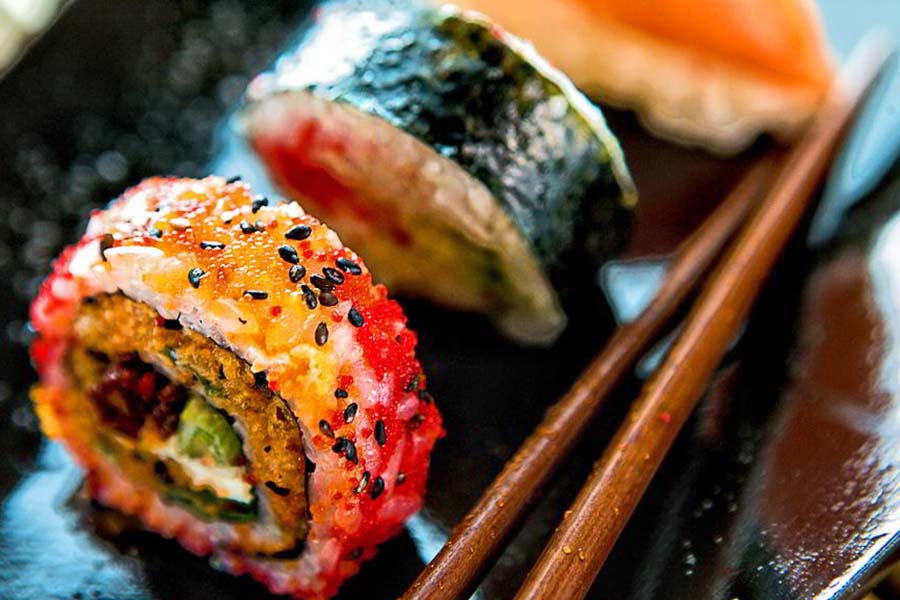 Keizo at Al Areen Palace & Spa
The journey to Keizo is already pretty special, taking you on a bit of a road trip down to Sakhir and the Southern area of the island. Arriving at Al Areen Palace & Spa you get hit with a good dose of luxury and opulence, which continues as you get driven by buggy to the venue. Keizo itself is pretty special, set in a green oasis and overlooking the sparkling pools and gardens.

The brunch combines their home-style of Pan-Asian cuisine with a taste of traditional Arabian cooking, International favorites and Indian speciality dishes alongside a pasta station, Asian cooking stations. Check out their Middle Eastern lamb ouzi or butter chicken for some seriously good food! Keizo's brunch is available on Fridays from 12:30pm to 4:00pm and is priced at BD21++ (soft drinks only)and BD28++ (house beverages).

Make a reservation at Keizo

We're serious about seafood. Very serious! Whether your preferred catch of the day includes juicy jumbo prawns, marinated fillets of black cod, or a deliciously spiced bit of red snapper, then this post

Bahrain's constantly growing preference for Japanese fare is reaching epic proportions as more fine-diners are on the hunt for the best gastronomic chow on the island than ever before. When the Japanese cravings

—
Own Brunch With Eat's Top Picks in Bahrain
Share this